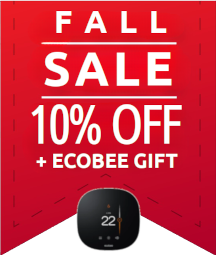 If you are looking for a way to cool your home without using a standard system, take advantage of a ductless heating and cooling system.

A standard air conditioner has a main unit outside your home that sends air into your home through the ductwork, while A ductless unit has one unit outside and additional units in the room you want to heat and cool. You get many great benefits to which you would otherwise not have access to.

Our bodies absorb oxygen subconsciously every day, but fresh air is vital for a healthy space. The plasma quad is installed in the air conditioner to kill airborne bacteria and viruses and create a clean, healthier space.

Plasma Quad works inside the unit by producing a curtain-like electrical field and discharging electricity across the unit's entire inlet air opening by flattening the round field into a ribbon-like shape and creating a strong electrical field. In tests, the plasma quad neutralises 99% of bacteria and 99% of viruses in the air. Plus, the air purifying filter inside the air conditioner gets rid of foul odours. The plasma quad effectively removes bacteria, viruses, allergens and dust from the air while the air purifying filter deodorises. This creates a cleaner, healthier living space.

The FH series features a modulated breeze that reduces fatigue when it hits you directly. The secret is natural wind. Conventional air conditioners produce constant and direct airflow, which leads to overcooling and fatigue.

Conventional air conditioners blow a direct, constant airflow that flows the legs and feet. FH series prevents this with gentle airflow that cools you down. Airflow is very close to natural wind, so there's no feeling of being hit by a strong gust of air. With the new airflow control, you'll be breathing perfectly clean air.

Infrared ray sensors measure distant temperatures in three dimensions with the 3D i-see sensor, the third health support feature of the FH series. Eight vertically aligned sensor elements sweep left and right to analyse the room in three dimensions. Indirect airflow means people won't get hit directly by airflow. Basically, it delivers airflow where people are, and it detects absences so it switches to energy-saving mode when no one is around.

The 3d i-see sensor checks the status of the room and its occupants to save energy and provide optimal comfort. A key factor in creating "healthy" airflow is that it feels natural. It's only possible thanks to Mitsubishi Electric's technology that controls airflow freely and flexibly.

What to Expect from High-Performance Ductless Heat Pumps

Call for a Personalized Quote

Ducted or ductless, you can trust the quality of Mitsubishi Electric systems to deliver years of reliable comfort and satisfaction.

Engineered to deliver excellent heating performance even when the outdoor temperature plummets to -25°C and beyond. A heat pump is capable of both heating and cooling, it accomplishes this by transferring heat from one place to another. Up to 40% more efficient than central air, improves air quality and it's quieter than a human whisper.

H2i&nbspHYPER HEAT:
Heating down to -25C

The MXZ H2i® family of Hyper-Heating INVERTERTM residential systems offers year-round, high-efficiency heating and cooling for a variety of rooms. A variety of indoor units provide zone comfort control while the INVERTER-driven compressor and electric LEVs in the outdoor units provide closer control and higher efficiency with minimal power usage.

Engineered to deliver excellent heating performance even when the outdoor temperature plummets to -25°C and beyond. A heat pump is capable of both heating and cooling, it accomplishes this by transferring heat from one place to another. Up to 40% more efficient than central air, improves air quality and it's quieter than a human whisper.

We focus specifically on installing quality heat pump systems in our customers' homes. Mitsubishi Electric produces several styles of heat pumps with fossil-free advantages. One of these is the Zuba-Central heat pump that uses green technology to produce ample heat on even the coldest Toronto days. At heatpumps.ca, we provide ductless heat pump installation, maintenance, and repair services for our customers. We are eager to help you with your home's heating needs.
24/7 Service